Our Board of Directors

Below is some information on our current board members. If you are interested in joining the Jerusalem Farm board, please contact Scott Haluck. 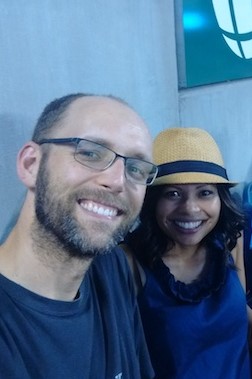 Scott is an educator that was first introduced to Jerusalem Farm as a chaperone. Since then, his family has intentionally moved to Kansas City to partner with and support the Farm’s mission. As a Jesuit-educated engineer, his vocation and work are a mix of education, technology, and justice. His career pursuits have consisted of teaching in Catholic high schools for a decade, serving as a community service administrator, and running a small non-profit to teach robotics and technology to children. His spiritual and social formational experiences have included service trips to Tijuana, Mexico and Gulu, Uganda. He has enjoyed leading students through challenging service opportunities in San Francisco and Kansas City. 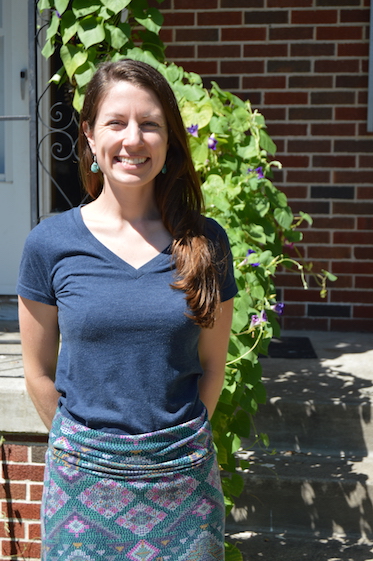 Julie Cowley is native to St. Louis and has enjoyed living in Kansas City for the last four years. After completing a Master's degree in Pastoral Studies from Loyola Chicago, she was wrangled to Kansas City for a job in the field. She currently works as the Assistant Director of University Ministry at Avila, where she enjoys mentoring students and witnessing the evolution of faith and service working in their lives. After a few weeks of combined experience volunteering at Nazareth Farm in West Virginia, Julie spent a bit of time serving there full-time after college and through this experience, came to know the value of relationship and hard work. She is beyond blessed to be connected with Jerusalem Farm as a member of the board and hopes to provide her gifts of encouragement, joy and nifty handywoman skills whenever possible. 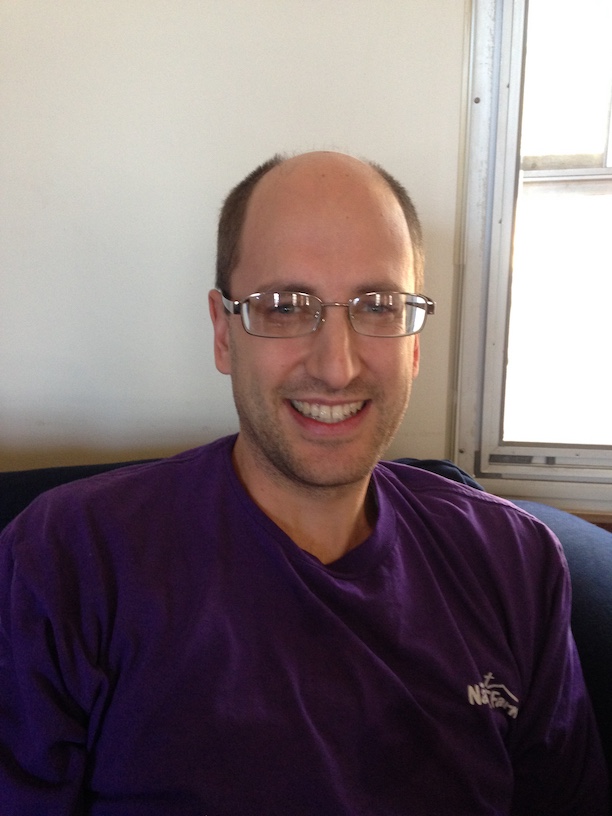 Bobby is a native Hoosier that now resides in Kirkwood, Missouri - a suburb of St. Louis. After his undergrad at Indiana University, he worked at Nazareth Farm, where he met his wife Kelly. He currently works at Saint Louis University (Go Billikens!), where he has spent the last 15 years connecting students to service and justice opportunities. He has two children: Daphne (11), and Keenan (8). Bobby enjoys running, hiking, candlelit beaches and long walks with dinner. 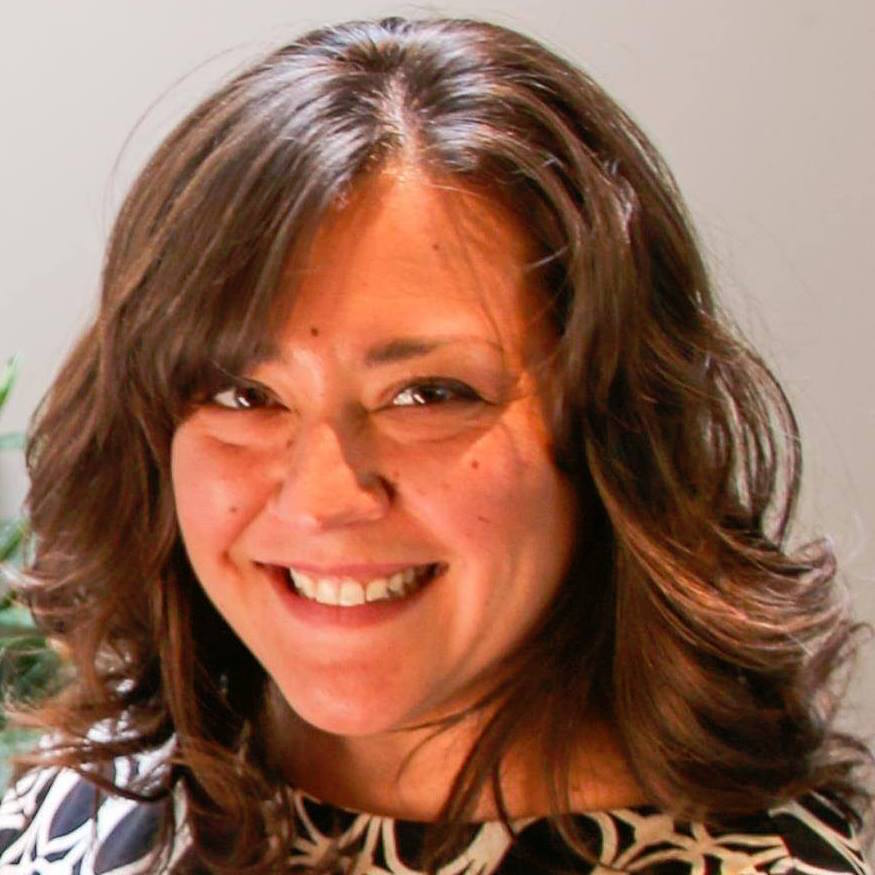 Sonya has ministered to young people as a classroom teacher and Director of Campus Ministry at Bishop Miege High School for fourteen years. She has enjoyed chaperoning three Spring Break mission trips to Jerusalem Farm with high school students from Kansas City. Sonya is transitioning out of youth ministry and looks forward to serving the Church of the Nativity in Leawood, KS as Pastoral Minister beginning in July 2016. She will complete a Master of Theological Studies from Newman University in May 2017. Sonya is a Kansas City native; she and her husband live in Prairie Village with their three children. 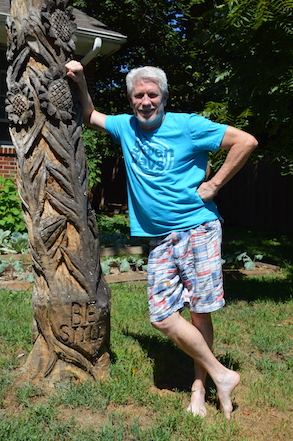 Dave first experienced the four cornerstones ministry in 2003 at Nazareth Farm in West Virginia. Returning with student groups each year after that and with his family beginning in 2006. When Nazareth Farm spawned a second farm, Bethlehem Farm in southern West Virginia in 2005, Dave wondered what it would be like to bring the farm and the cornerstones to an urban core. When a property was offered in August of 2011 the ball started rolling and now we will know the answer through Jerusalem Farm. Dave lives with his wife Kelly in Shawnee, KS. 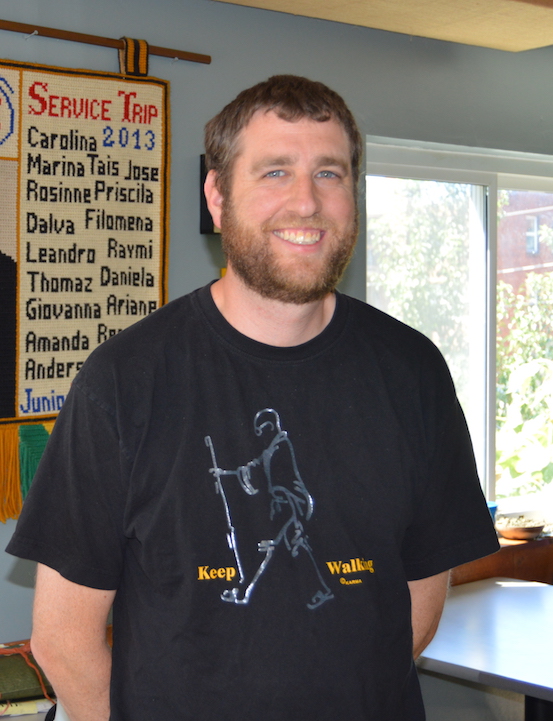 Ken Mayo was a staff member along with his wife at Nazareth Farm for almost a year and a half. Since then the cornerstones of Community, Prayer, Service, and Simplicity have been an essential part of his life. Ken's passion for justice and desire to serve the "lease of these" come from the Gospel imperative to love God and love the neighbor. Jerusalem Farm provides an opportunity to serve the Lord and serve the dear neighbor. Ken now lives and works in St. Louis City with his wife, Jessica, and their one year old son. He currently works as a researcher/statistician for the Juvenile Court of St. Louis and strives to ensure that effective programming is provided to the youth the Court serves. 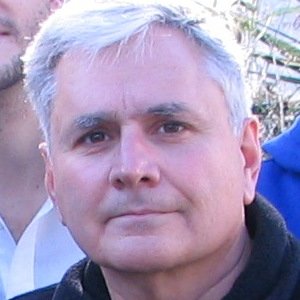 Bill Cordaro has spent his entire career working with the non-profit sector. With a masters in Theology, a Masters in Adult Education and a certificate in Fund Raising and Development, he is currently the president of Stewardship Partners & Resources. SP&R works mainly with church and other faith based organizations, promoting the transformative power of stewardship. Bill is married with three grown children and originally from Des Moines. He has lived in Kansas City for 35 years. His past experience includes teaching at all levels of education, running youth programs and leading the marketing and communications department for a non-profit with over $65 million in annual revenues. He has been doing stewardship education, fundraising and development for over 15 years. 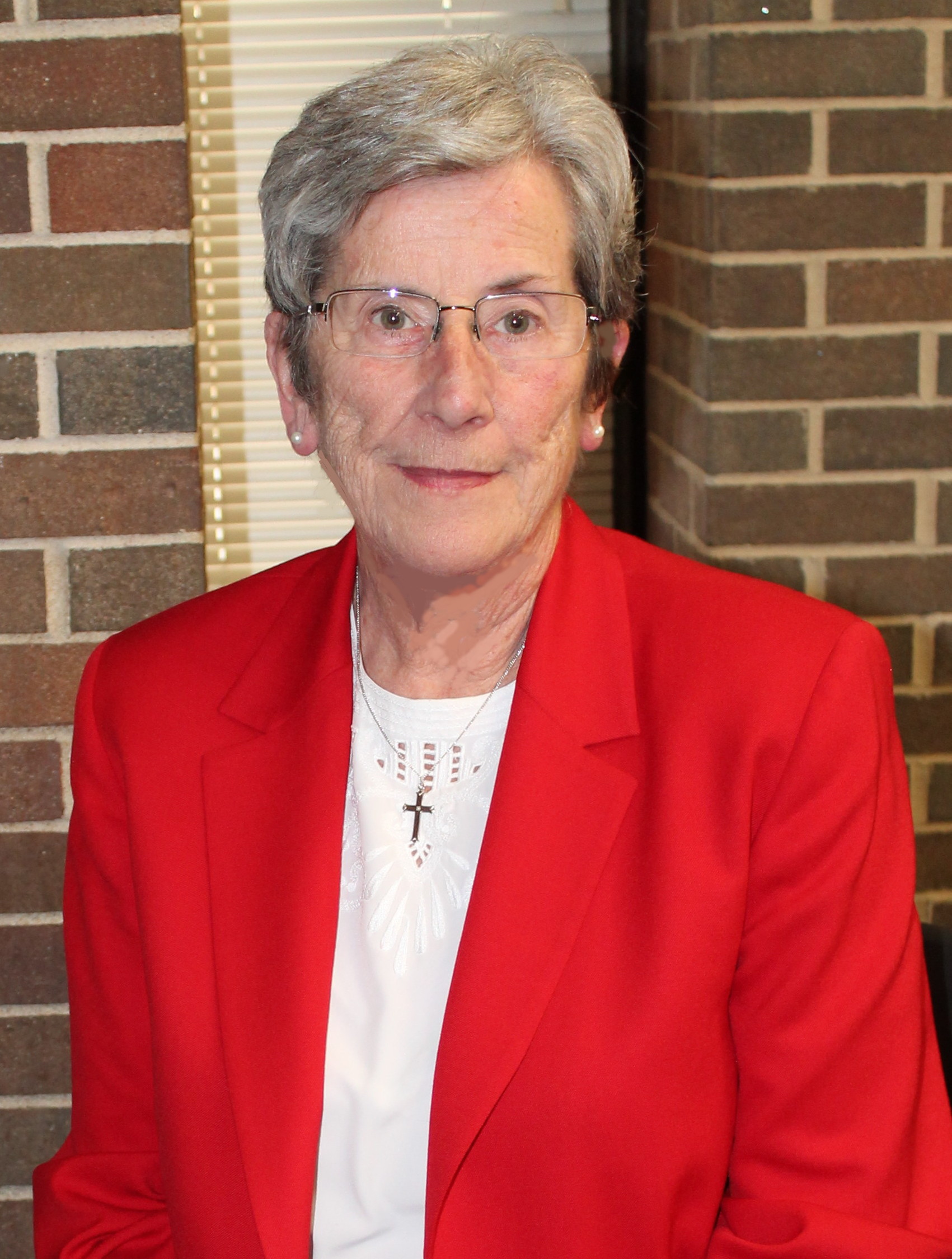 A sister of St. Joseph of Carondelet, Jeanne has spent most of her life in cross-cultural mission. Over 20 years were in her community’s mission in Japan. While in Japan, she came to know the Philippines through an immersion program and was consequently missioned there where she lived and worked among Manila’s urban poor community for eight years. Following the Philippine years, Jeanne returned to the U.S. and worked for the Maryknoll Fathers. From Maryknoll, she went to China. Upon her return from China she taught at Avila and Donnelly Colleges in Kansas City but it was not long before she returned to overseas missions for another stretch of years in Japan. In 2003 she returned to the United States where for the next eight years she worked for the Missionary Society of St. Columban. Since 2012 Jeanne has lived and worked in Kansas City. Recently retired from Avila University, Jeanne continues to work with students at the university and at Cristo Rey High School in a volunteer capacity. 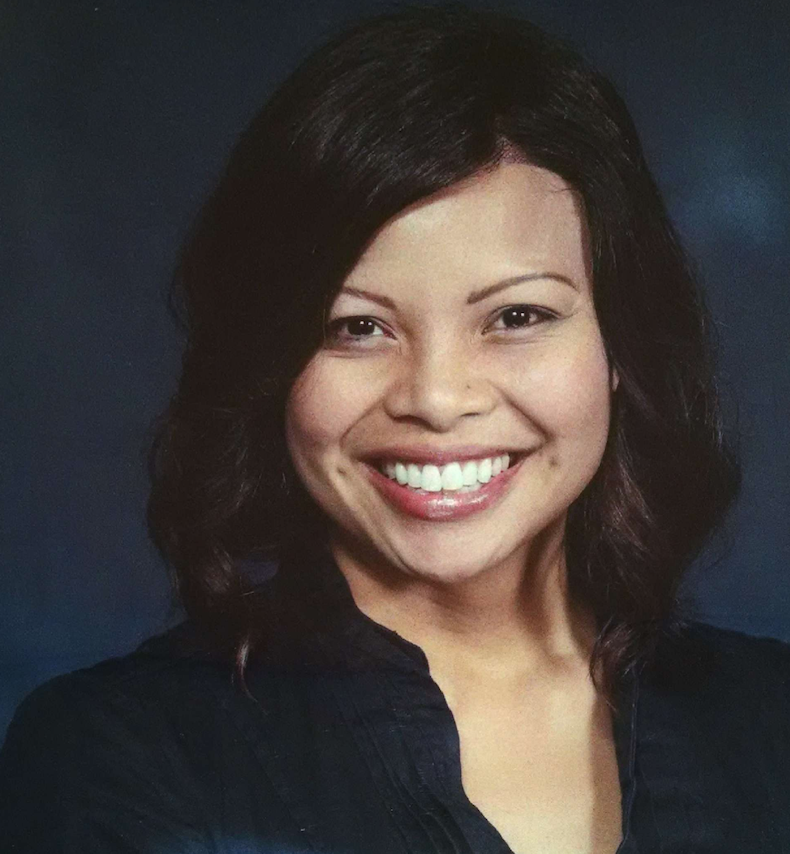 Ning was first introduced to the Jesuit theology of being a person for and with others at Loyola Marymount University. She also met her husband Scott Haluck there and together they were inspired to practice a faith that does justice. While on a service trip to Guatemala, Ning realized that she could combine her love of science and service by becoming a doctor. During her training, her husband Scott and daughter Sophia led high school service trips to Jerusalem Farm and discovered a new way of living a life of service that could be sustained with a family. The family moved to Kansas City to live the Farm life, and she is now a pediatrician at Swope Health Services where she strives to improve the health of kids, families, and communities. 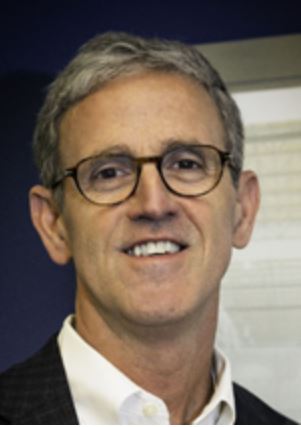 Kevin was born and raised in St. Louis and has made Kansas City has been his home for many years. He has been involved in the local Kansas City non-profits for the last 15 years. He is committed to continue donating his time and skills to help people in areas faced with challenges. He currently volunteers at Jerusalem Farm one day each week. His employers often asked him to lead their corporate charitable efforts. He championed these efforts by serving as his employer’s executive sponsor for many charitable entities including United Way, Habitat for Humanity and Make-A-Wish. These responsibilities enabled him to reach across natural barriers within organizations to beneficially impact the local Kansas City community. 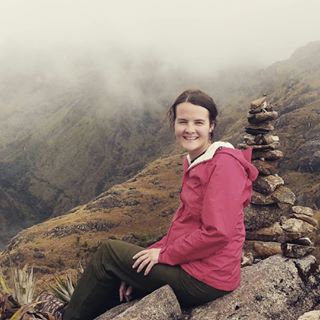 Virginia got to know Jerusalem Farm in 2012 before she even lived in Kansas City, visiting family members who were part of the community at that time. After graduating from the University of Iowa, she moved to Kansas City and now lives at Cherith Brook Catholic Worker, a house of hospitality that provides showers and meals to folks experiencing homelessness in the neighborhood. She also works at Migrant Farmworkers Assistance Fund, serving migrants in the Lexington area, and The Heartland Center for Jobs and Freedom, a law firm that represents low-wage workers. In the fall of 2018, she will begin law school at UMKC. Virginia is also an artist, gardener, and beginner beekeeper. 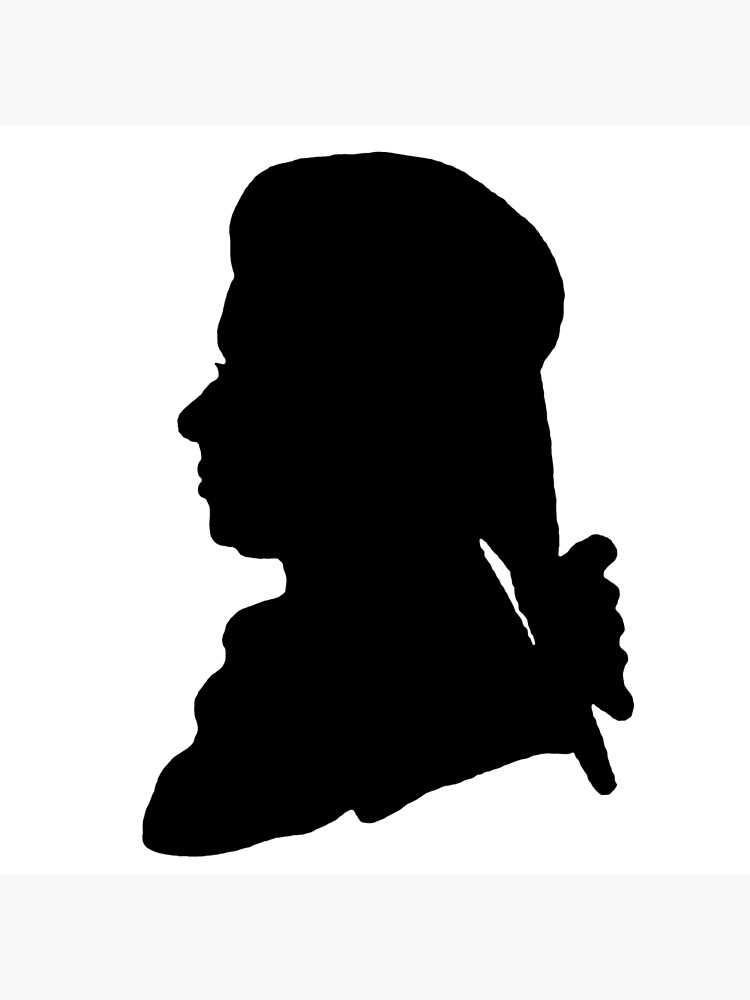 Patrick is a homeowner who was first introduced to the Jerusalem Farm through a project on his home. Since the project was completed, Patrick has been an enthusiastic advocate for the Farm. For his entire adult life, he has been involved in classical radio in Kansas City, serving as program director and morning show host for KXTR and creating an online classical radio station, Radio Bach. Over the years, he has become friends and colleagues with Kansas City’s arts community, not only through my interviews and promotions on the radio, but also through his weekly column with the Kansas City Star. 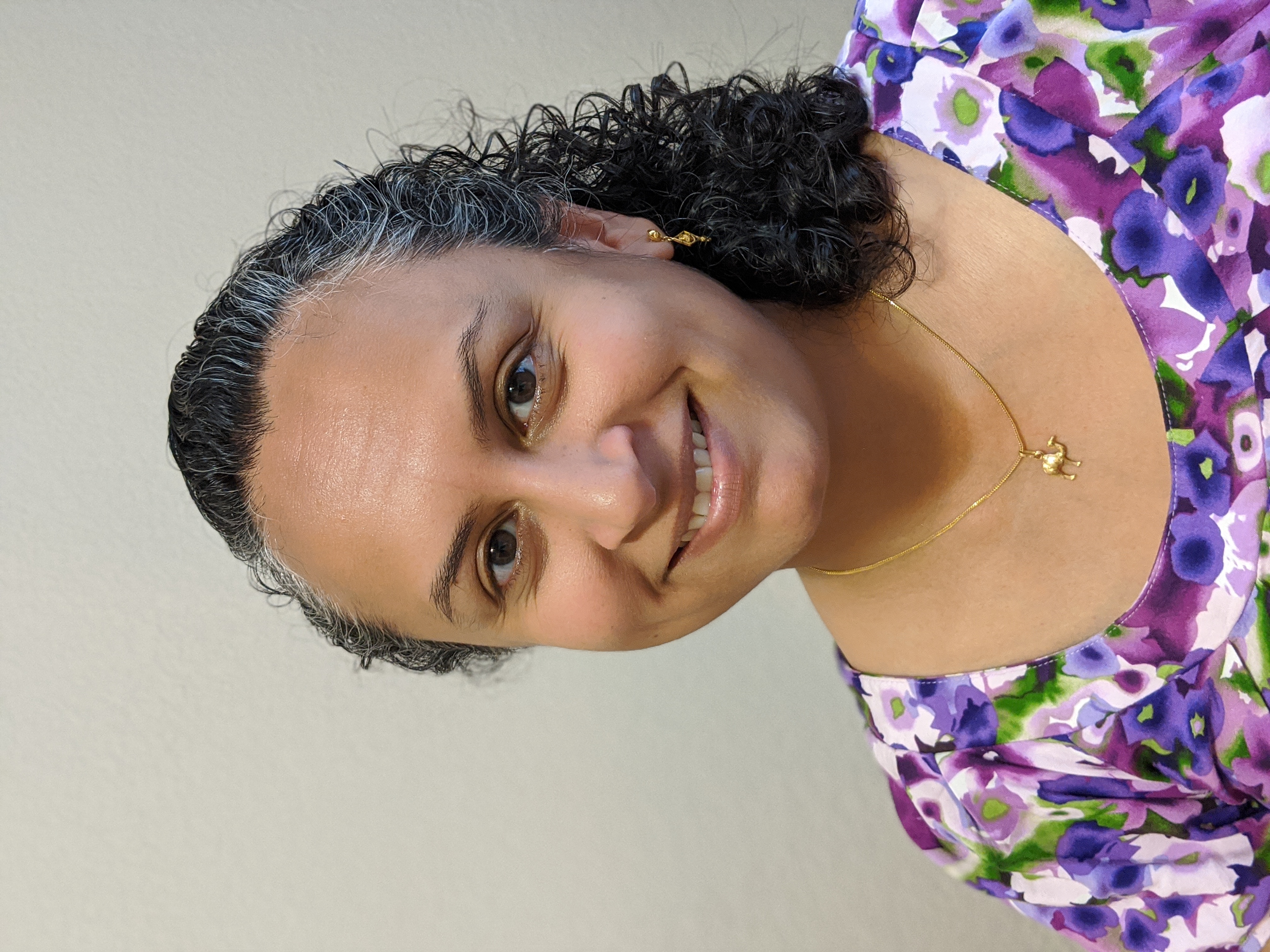 Hannah Elder is a neighbor of Jerusalem Farm in Kansas City's Historic Northeast. She was born in South India and has lived in over a dozen cities across the world. Hannah moved to Kansas City in 2016 with her husband and daughter after falling in love with KC during a 2013 stay at J-Farm while visiting her brother and sister-in-law—two of the original residents of The Farm. Since moving here, Hannah has worked at The Don Bosco Centers and volunteered as an orchard steward at Cherith Brook Catholic Worker. Currently, she serves as the administrator of children’s ministry at Jacob’s Well Church in Westport and helps with the garden, orchard, and bees at J-Farm whenever she can. Hannah's family has been involved with J-Farm since the beginning, and she is excited to serve with an organization that is so vital to her neighborhood and community. 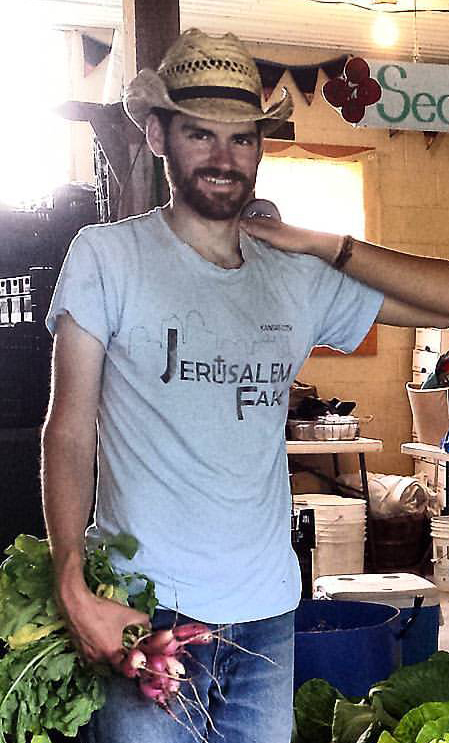 Born and raised in Kansas City, Jeremy has been closely involved with Jerusalem Farm in one fashion or another since it's inception (currently as Next Door Neighbor). Always drawn to the ways that JFarm lives out the four cornerstones, he finds great fulfillment in its Service, peace in its Simplicity, orientation in its Prayer, and friendship in its Community. Jeremy is a professional artist, photographer and video producer whose clients are primarily nonprofit organizations and grassroots community-based groups. He believes sharing authentic stories with each other is the best path to deepening human connection and lasting transformation.